Ah where to begin. My short time occupying this new home has been nothing short of eventful. We will start with the new static exploring. Within a day of getting settled from the move in I fell into routine of farming our statics. This consists of a few activities, but not limited to, gas mining, data/relic hunting, combat sites, and the occasional pvp encounter. The most rewarding task in my opinion however, is the simple job of finding new wormholes. I have found systems with over 100 sites in them and had been untouched for months, as well as finding systems with 15 online towers for PI industry. I've seen very organized players and corporations, and I've seen people who literally just jumped in the wh for the first time. Hell I even got a kick out of finding jcode J123450. The randomness of w-life is part of the party, and part of the problem. 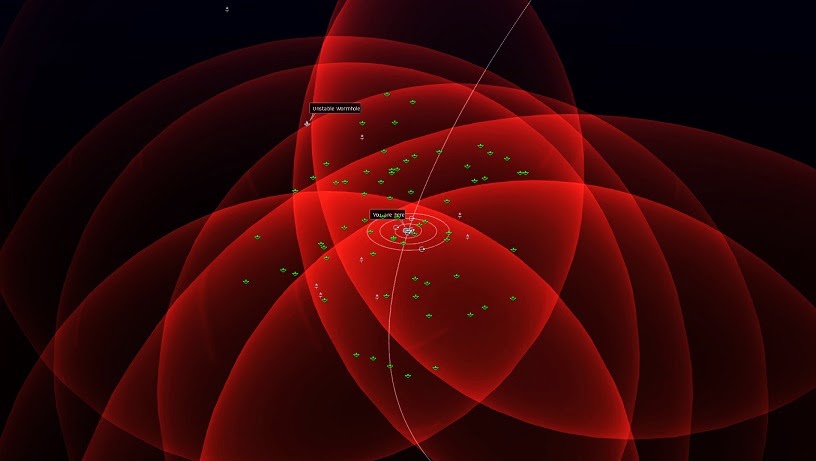 Just combat and ore sites, only 1 wh scanned down

The gorgeous background for some of these solar systems make it enough to play this game in its own right. Pulsars, cataclysmic variables, you name it, its likely very pretty looking. If all else fails and you can't find a way to make isk that day (VERY unlikely if you have the right skills/pilots) then just scan around and enjoy wormholes. Just be careful and pick your battles. 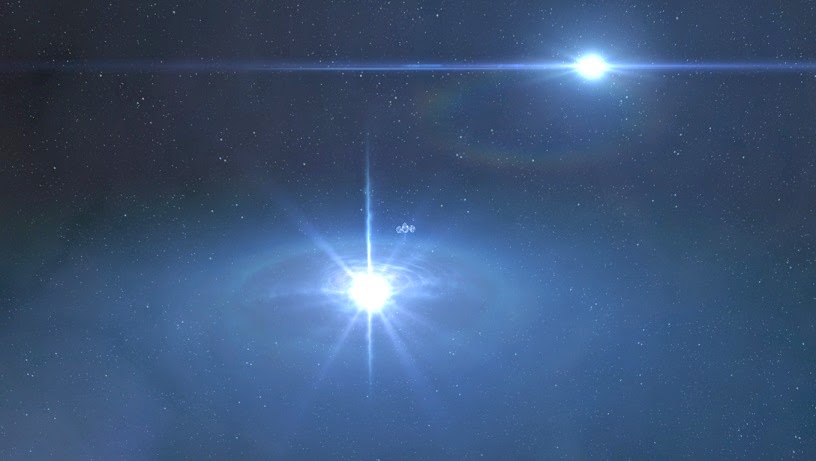 Pulsar next to a star, pretty right?

So after finding our c3 static a fellow corp member and myself decided to see if it was isk worthy. My scout went first and jumped through the c3 in a covops cheetah and I awaited back at the home pos.  Instantly he alerts me that he sees a navy issue raven on dscan and there's a mobile tractor unit as well. I switch ships into a bomber and await for him to get on grid and provide a warp in spot to the raven that's clearly running a combat site. A few minutes go by and then I get an odd report. The raven allegedly had seen the cheetah for a split second on dscan before the cloak, and got spooked. After dreading what might have come next, he warped back to his home pos where my scout tracked him. He got so scared in fact that he left all his wrecks on grid...and his MTU. We did the only logical thing in this situation. We blew up the tractor unit. 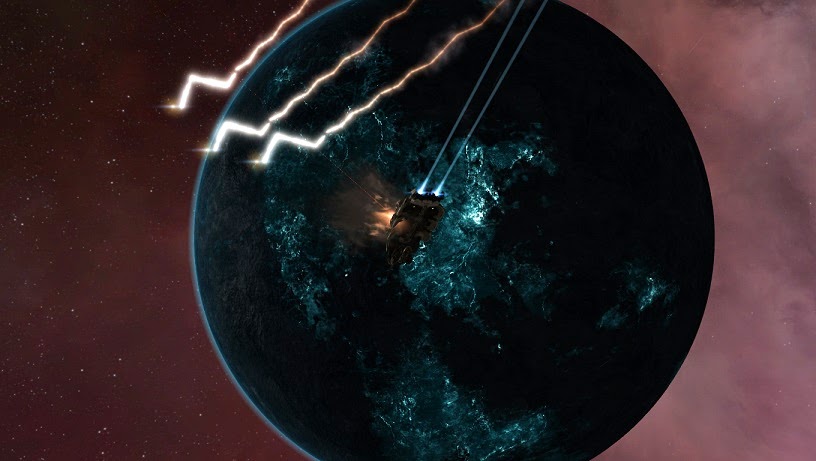 My scanner scout switched to a bomber as well and the two us flung a few torpedoes at it. After a handful, a small handful, it popped and we scooped the blue loot for around 30 mil. Then I stayed on grid in my bomber while my scout flew in a cheap salvager catalyst with a lot of warp stabs on it, and cleaned up the finished sleeper site. All in all we took about 40 mil from the salvage which makes around 70 mil including the blue loot. This is by no means a lot but hey, isk is a little sweeter when you steal it. 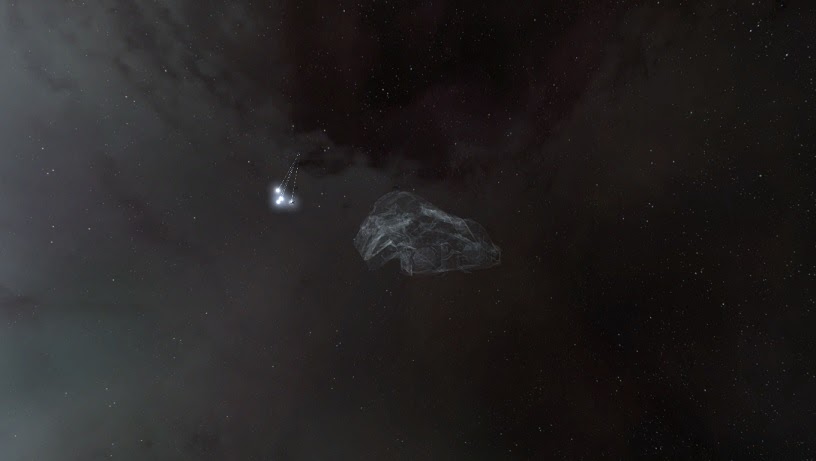 Another pastime I've been doing is gas mining. It's rarely fast paced (if it is fast paced that's a bad thing you're about to get ganked) but can be rewarding. Not only can it help your wallet favorably, it's also oddly therapeutic. I have a w-roommate that runs reaction industry and uses the gas to double our profits. To be honest the therapy behind it is more isk related then I want to admit, but every now and then we get a few prospects together and go ninja our neighbor statics gas. Most people leave it untouched and gas can still be quite profitable. With t2 harvesters on a prospect I can get about ~1200m³ for 18min if I remember my math (don't quote me on that, no link) and two or three of them can clean a cloud out before rats spawn in. Makes it a little more fun when you're stealing some c5 gas and sleeper rats are about to spawn on your ass. It's low risk/high reward if you're willing to religiously watch dscan for twenty minutes or so. If patience is your forte' then give gas mining a go. 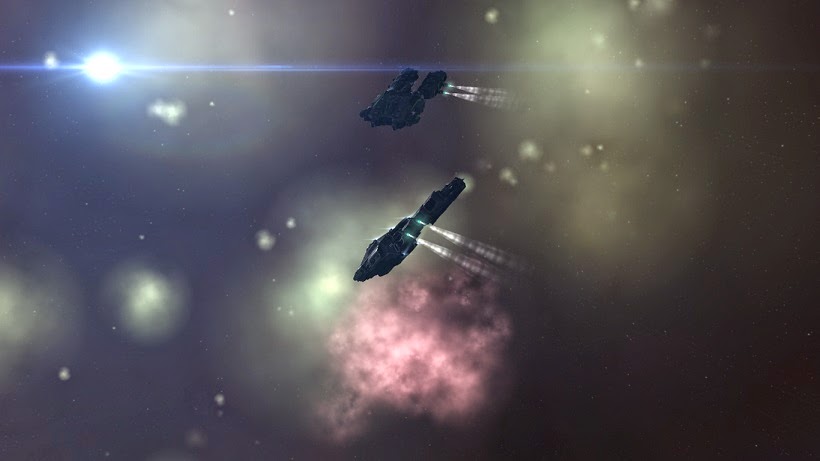 Hello Alice, welcome. It's a wonderland...of isk. (2 Prospects)
The last thing I have to mention is the introduction of faction data/relic sites. This is yet another new great source of income for us currently. I suspect we are finding a lot since they are a very new addition in the game, and most of these sites will even out over time. But then again there's the chance to find a dead wsystem and have 3-5 in there. Not only does relic/data hunting pull in millions a day it also offers the chance to find blueprints. I've already found a dread guristas medium control tower and am in the process of building and shipping it out for isk. Again the rewards here can be substantial. 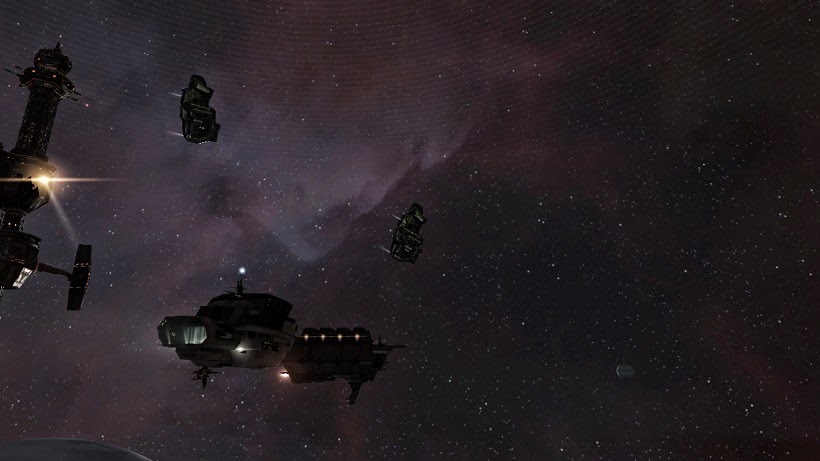 Not all of wormlife is farming isk though. Making a lot of money attracts people, and sometimes they want your home system. Within a week of moving in we have another corporation setting up a pos on our outer planet, I will summarize the events that unfold in the next post. Thanks for the read and more to come, Cheers. 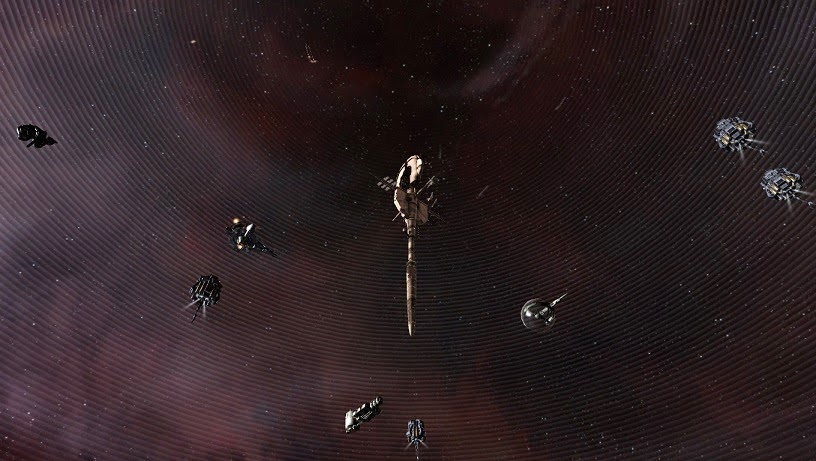 Not our pos, but our wormhole.

Currently I find myself between wormholes. What I can tell you is this, like most things in eve online, living in a wormhole takes one skill above the rest. Patience, and in order to effectively live in your own wormhole you're going to need plenty of it. With the introduction of a new, second static to class 4 wormholes my fellow corporation mates and I decided we wanted a new place to call home. We settled for a class 4 with a c1/c3 static and a blackhole in the system. 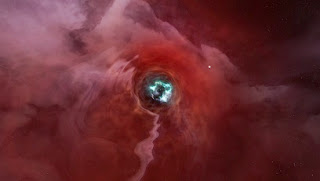 wh with blackhole effect behind it
(home)

The CEO of my current corporation used http://wormholesales.com and found the wormhole we were looking for within hours. By using a broker we bought our pretty looking new home and began the move in process. Now before I continue we need to touch base on the issue of hauling. It sucks. Terribly. Moving all your equipment, fuel, industry mats, blueprints, ships, tractor units, and the list goes on, is very time consuming. What I recommend you invest into is a t2 hauler. I personally use the Impel and it can cut moving time in a fourth. You also will get the option to fly cloaky blockade runner which is nothing to underestimate in wspace either. In fact both ships serves a useful purpose for moving into a wormhole. 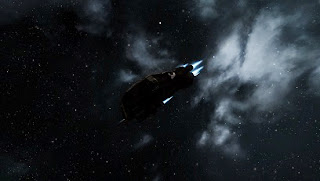 Buying a wormhole is just the really lazy way to acquire a jcoded system. You can scout them out on your own by daytrippin' through links. Get in a scanner (Covops recommended) and start jumping through wormholes. Start at one end of hisec and then find another exit four, ten, or even twenty wh jumps later. You can find more about daytrips here.

Kudos to the author of that article. I found it well written and full of good information. The guide above can be applied to beginner players interested in wspace. I used a vengeance daytrippin' from hisec through c2's for a long time before I learned more about worm mechanics. The author of that article also wrote another guide on actually living in wspace. Again, a good read for anyone interested in moving into a wormhole. 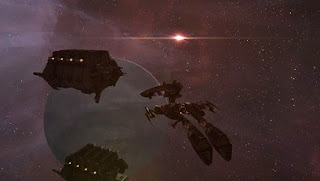 Once you find a wormhole that you seem to like use https://eveeye.com and enter the jcode (solar system name). Check for environmental effects and plan around it. Above all else, make sure the system is empty. Unless you know what you're doing and plan on fighting soon do not move into a preoccupied system.

You can check if PoS towers are online or not by adding Force Field to your overview (under celestial). Online tower shields will show up on DSCAN and will make scouting easier. Dead sticks are okay, you can always shoot them down if you have the time later on. 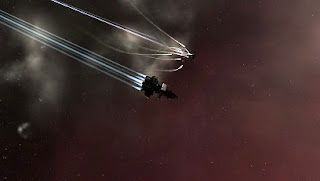 Vengeace in action, can be used for solo c2 sites.

After finding the blackhole system to our liking I loaded up a medium tower in a cloaky prorator hauler, stuffed the rest of free cargo space with fuel and headed out through lowsec to our known home entrance. We had scouted the wormhole with scans alts and had at least three already placed in the system just in case and all was looking clear. After a thankfully uneventful trip through lowsec and our static c1 I made into our new home in one piece. The next steps came as follows. Found a moon, anchored pos, waited 15min (7min for small towers, 15min for med, 30 for large). Once the tower's online you put the remaining fuel in and wait for the shields to pop on. This is where the cloaky hauler is nice to have. Simply cloak up on grid while you're waiting for timers. Once the force field was up we started in on the hours of hauling, but we had a new home. 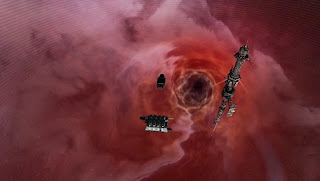 Currently we are setup with a large amount of fuel, and have our core ships in. We have t3s, assault frigs, covop scanners, stealth bombers, gas harvesters, and more. However we are far from done hauling. We have a large tower still to anchor and a lot more ships to move in, but that's down the road. Thanks for the read of the first post and more to come in the near future. Cheers.

Posted by Unknown at 4:47 AM No comments: